Naps Are Not Allowed

I am overwhelmed by the response my last post had on you people.  What an outpouring of love and support from those who have never met me and only know me through my writing.  I am humbled, more than I was before.  More truthfully, I am affected like you can’t believe.  I’ve had emails, twitter DMs and, of course, comments here on my site, all rooting for me to win and get back into the land of living. Today, I opened the curtains for the first time since “Black Wednesday” as my beloved sister calls it.  The sun came pouring in, warm and friendly against my skin.  I even let the cat sit beside me on the window sill (it’s a no-no as “no pets allowed” in my apartment).  I feel more connected with the world than I did a few days ago.  Hell, better than yesterday even.  Today was the day to get moving.

I woke up in time to take my daughter and her friends to a VERY early volleyball practice.  I wore my PJs as I planned to go right back to my bed.  Which I did, setting my alarm first.  I had an appointment at Sara Riel for 10:00.

Now I thought I had the right day, time and location as had I entered it all into my phone immediately after talking to the intake worker last week.  Today my mind was still in a state of disorientation and, man, was I ever shaking.  I googled everything so many times and even wrote down the directions (my printer is out of ink) and left in plenty of time.

I found the part of town the building was in easily enough but there was no such address.  My worker, Christy, had said it was on the fourth floor at 410 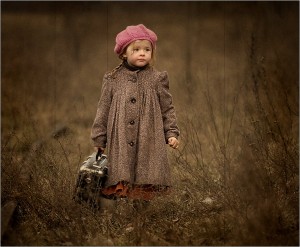 Kenny.  There was nothing but garages where I was.  I circled around but everything remained the same….wrong.  I pulled over and tried to google map it on my phone.  I could not see the little map-thing, it was so tiny.  I was in the right spot but it was still wrong.  Checked the time.  10 minutes before the appointment.  Luckily I had programmed their number into the phone already.

Try getting a real person.  I tried 4 times.  Not even pressing “0” brought me to a real live breathing, direction-giving person.  I finally went through the directory until I found someone named “Christy”.  No answer, voice mail.  ARGH.

I couldn’t hold the phone any more as my quaking was making me do ridiculous mistakes on the keyboard.  Times like this I wish I still smoked, even though I quit in 1987.  It would give me something to do while I tried to figure out what to do.

I eventually reached Christy, who informed me our appointment was supposed to be the hour before, the address was at 210 not 410 and she was on the second floor.

I had the day right.

I arrived, finally, signed in and didn’t know what to do next, only because there was no one there to greet me.  I didn’t dare venture out of the waiting area so I started reading posters and calendars. A staff person approached me and asked who I was seeing.  Then she asked me if I was cold.  I wasn’t, as I was in the middle of a quaking, stupid hot flash.  What a sight I must have been.

Finally I was sent upstairs, no elevator, where the first staff person must have warned the second staff person that I was pathetic/suspicious and she waited 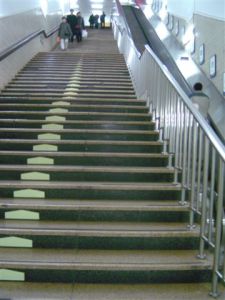 for me at the top of the stairs.  I was led into a waiting room where I was told to sit in a specific chair.  I sat in the other one.  The woman grinned at me and asked me if I wanted anything to drink.

Well. the other chair was closer and my wobbly legs were giving me trouble.

I met my worker, Christy.  She’s wonderful.  She had to fill out a form about me but we talked about so much other stuff that didn’t make it onto the form.  She gave me facts, she showed me what was real in my thinking, and she really seemed to care.  She recognized my skills.  She tolerated my shaking, asking, just once, if I was coming down from anything.  She knew how the world worked for someone with my mental illness, that bipolar disorder did work in the regular world and I would be able to work in that world too.

She was shocked at the things I revealed,   She had heard it all before, of course, but the speed of my transference, my show of  trust in her and how matter-of-fact I could tell my stories. She felt I should do public speaking.

I left there, two hours later, still shaking but hungry for the first time in days.  Carly and I had a lovely supper later.  We went and saw my son for a while when I got a call from a very nice woman I met recently.

Sue.  She has written comments on my blog fairly frequently lately.  She’s one of the people who had contacted me with words of support outside this blog too.  She was trying so hard to help.  Tonight she came by with a bag of groceries (it

had ice cream in it!) and a heart full of hope and experience for me.

We talked about many things we have in common and some things we don’t.  As most of my readers may know, I don’t seem to attract friends very easily but Sue has gone above and beyond.

My sister called tonight too, trying to find a way for me to make money from my writing.  Books maybe or have my blog make money.  I just said it was a lot of work right now.  I would love to write a children’s book on her three-legged dog. 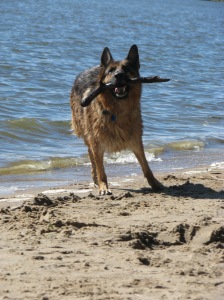 So there you have it.  I’m ill and most people still accept me.  Apparently in the working world this will be true as well.  I was told by the wise Christy that most of her clients are encouraged not hide the fact they have a mental illness.  This would be a new thing for me.  Not to be ashamed of who I am and also know that this is not all who I am.

I hope tomorrow is good too.  I’m very busy and hope I have the energy to go all day.  Hard not to take a nap/  I see my GP tomorrow for test results she wants to talk to me about.  After that is orientation at welfare then over to my son’s to weed his yard as he is putting his house on the market right away.  Then Carly and I are off to a program she started in Grade 6, meant to get kids into university who have the smarts but not necessarily the means.  They regroup them in Grade 9 then again in Grade 11, offering them paid work to do capacity building with kids in Grade 6.  She balked at first but I’ve been talking up university for a while, looking up courses.  She’s headed in the right direction.  I only wish I had the opportunity when I was her age.  My life would be very different now.

Oh yes, I had a chance to make a train wish this morning.  All I wished for was for something good to happen.  I also found my mother’s rings that I couldn’t find before.  I put on one of them and have been wearing it ever since.

Tomorrow,  I think I’m ready for you now.

18 responses to “Naps Are Not Allowed”